Anybody who was thinking that Taiga Motors was just trying to attract an easy buyout for its electric snowmobile and PWC technology better think again, because the company recently announced plans to build a big factory in Quebec that could lead to production of 80,000 vehicles per year by 2025.

The company claims it will be able to build 2,000 vehicles by the end of this year in its Montreal facility, but its next-phase assembly building in Shawinigan, Quebec, is schedule to have a 200,000 square foot capacity and will later be expanded to 340,000, the company said in a press release.

“The facility is expected to increase Taiga’s production capacity to 80,000 units by 2025,” the company said in a press release. That’s pretty bullish, considering the entire worldwide new snowmobile market for the 2019-20 sales season was 123,862 units (though sales will likely top 140,000 in the 2020-21 numbers that will be released in June).

There have been Taiga doubters before, however, that have been proven wrong.

“This facility, a part of the $185M in recently announced funding, will bolster Taiga into becoming a globally leading OEM for powersports vehicles,” said Samuel Bruneau, CEO of Taiga. “We have seen strong customer demand limited by product availability. This new facility shows Taiga’s continued commitment to be trailbreakers and offer electric vehicles capable of diving mass-market adoption without compromise.”

SHAWINIGAN, QC and MONTREAL, March 26, 2021 – Taiga Motors Inc. (“Taiga”), a leading developer of electric off-road vehicles, announced plans to build a mass-production assembly facility in the City of Shawinigan, Québec. The first phase of construction, scheduled for completion in 2022, represents an investment to accelerate the mass-production of Taiga electric snowmobiles and personal watercrafts, as well as Taiga’s side-by-side vehicles, which are expected to be ready for production in 2022.

“This facility, a part of the $185M in recently announced funding, will bolster Taiga into becoming a globally leading OEM for powersports vehicles,” said Samuel Bruneau, CEO of Taiga. “We have seen strong customer demand limited by product availability. This new facility shows Taiga’s continued commitment to be trailbreakers and offer electric vehicles capable of diving mass-market adoption without compromise.”

This facility dedicated to the mass-production of electric powersports vehicles, is designed from a clean sheet to support Taiga’s manufacturing processes through its modular vehicle platforms for optimized production output. Snowmobile and personal watercraft production is expected to begin immediately following build completion. The facility is expected to increase Taiga’s production capacity to 80,000 units by 2025.

Taiga’s initial production acceleration is well underway in Taiga’s current Montréal Research & Development facility, which is expected to ramp-up production capacity to 2,000 vehicles per year by the end of 2021. The second phase of increasing Taiga’s production capacity includes the building of the state-of-the-art Shawinigan facility, beginning at a 200,000 sq. ft. capacity and later increasing to 340,000 sq. ft. Taiga intends to begin construction in the second quarter of 2021, following its listing on the Toronto Stock Exchange in connection with its proposed merger with Canaccord Genuity Growth II Corp.

The site was chosen because Québec is already a world-leading electric technology hub and the site secures positioning in a primary location for innovation in the electric-vehicle space. As a location for a mass-production facility, Shawinigan provides multiple advantages with strong logistical infrastructure and a talent pool for future growth. As Shawinigan is an established technology hub, it will accelerate Taiga’s vision for a vertically integrated local supply chain.

“It’s always a pleasure to receive advocates and entrepreneurs who wish to establish themselves in Shawinigan. Especially when it’s a start-up that has developed in our entrepreneurial ecosystem and is part of one of our four pillars of economic diversification: Energy Efficiency and Green Technologies. Shawinigan welcomes the entire Taiga Motors team,” said Michel Angers, Mayor of Shawinigan.

Taiga is a Canadian company, founded in 2015, that is reinventing the powersports landscape with breakthrough electric off-road vehicles. Through a clean-sheet engineering approach, Taiga has pushed the frontiers of electric technology to achieve extreme power-to-weight ratios and thermal specifications that outperform comparable high-performance combustion powersports vehicles. The first models released include a lineup of electric snowmobiles and personal watercraft to deliver on a rapidly growing recreational and commercial customer demand who are seeking better ways to explore the great outdoors without compromise. For more information, visit https://www.taigamotors.ca. 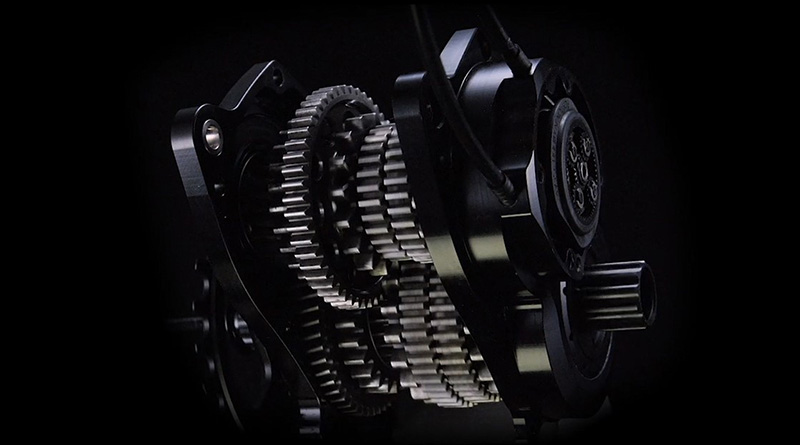 One thought on “Electric Sled Maker Taiga Ramps Up For Production”