Legendary snocross racer Blair Morgan is making a rare public appearance this coming weekend, Feb. 20-22, when he will be the Master of Ceremonies at the Grand Prix de Valcourt in Ski-Doo’s hometown of Valcourt, Quebec.

Morgan, the high-flying phenom who many credit with bringing a stand-up riding style to snocross and beyond, burst onto the scene as a complete unknown at the West Yellowstone Expo in March of 1997, bypassing the Sport and Semi-Pro classes and jumping right into the top-level Pro classes, and then finishing on the podium against the sport’s very best racers.

He then followed that up the following fall and winter by dominating the national snocross scene on his No. 7c Arctic Cat. He raced for Cat for four years before moving to Ski-Doo and continuing his success, and an on-again/off-again rivalry with Tucker Hibbert.

Morgan’s career was shorted by a 2008 accident in a motocross race, but in his 11 years on the snow he amassed 84 Pro victories, 13 points championships and 5 X Games gold medals.  He was inducted into the Snowmobile Hall Of Fame in 2013. 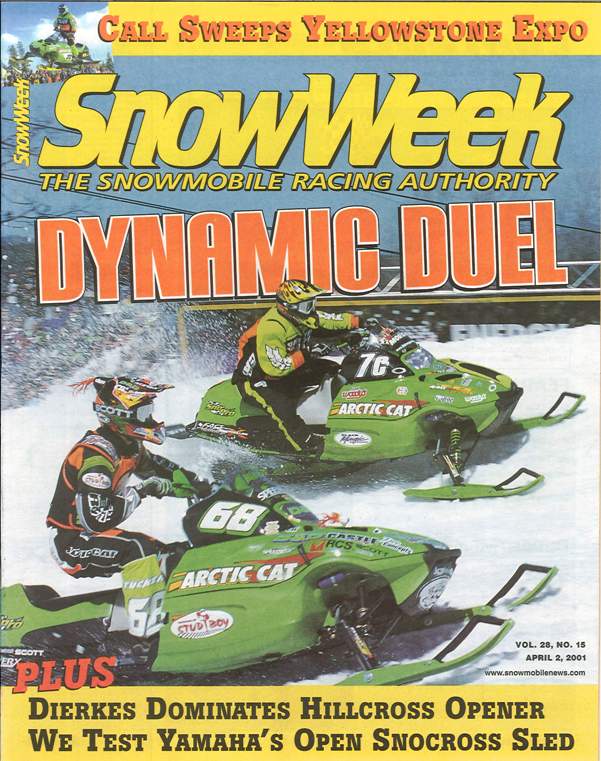 Back to the Grand Prix, this  will be Morgan’s first visit back to the storied Grand Prix track since 2008, a place he once dominated. Fans and racers will get a chance to meet the snocross icon throughout the racing action, which starts on Friday and runs through Sunday. For information on the Valcourt Grand Prix visit www.grandprixvalcourt.com

For Blair Morgan fans, a must read is a one-on-one interview done with Morgan by John Sandberg on Arctic Insider. Click here to read it.