That discussion blossomed into this: The Top 10 Snocross Racers Of All Time list. It was created after polling many top snocross industry “insiders” including select race circuit officials, factory race directors, major team owners, media personnel, aftermarket industry leaders and others who were involved very directly in the sport over the past 30 years. We combined their input with an intense review of past race results and points standings to finalize our rankings. In addition, we also created an online poll and let fans create their own list. Read about No. 7 on our list below. Then check out the write-ups on No. 10 DJ Eckstrom, No. 9 Kirk Hibbert and No. 8 Chris Vincent by clicking on their names. Also, check back to see the rest of the list as it is unveiled over the next two weeks.

Saskatchewan isn’t the first place that pops into many sledheads’ minds when it comes to being a hotbed for top riding talent, but it the late 1990s and early 2000s it proved itself to be much better than fly-over country. In fact, it spawned two awesome careers.

Most folks reading this story will immediately think of Prince Albert, Saskatchewan’s Blair Morgan as the standard-bearer, but the path he blazed was soon followed by another star who grew up about 100 miles to the south: Humbolt, Saskaschewan’s Robbie Malinoski, No. 7 on our list of the Top 10 Snocross Racers of All Time.

SNOCROSS CLAIM TO FAME: Malinoski arrived on the national snocross scene with a single appearance at a stop near Fargo, North Dakota, in 2002, and realized immediately he could be competitive. By 2004, he was wrapping up the Semi-Pro points championships and headed for the Pro class. Once there, he didn’t just fit-in, he excelled, earning multiple victories (including a sweep at the high-profile Canterbury snocross) in his rookie season. He then ended his second Pro year with season points championships in both Pro Open and Pro Stock.

That was just the start of his long and illustrious career that found him on all four brands of snowmobiles. Through his career, Malinoski’s reputation transitioned, as he went from being a young-and-aggressive rider to more of a wise-old-veteran and ambassador for the sport. His increasing profile in that role made his victory at the Duluth Spirit Mountain National in 2012 – in which he led a 1-2-3 podium sweep for Scheuring Speed Sports – extremely popular among fans and even other racers.

Malinoski retired after the 2013-14 season and moved to the other side of the trailer, helping to lead and coach the racers on the Leighton Motorsports racing team.

MOMENT IN TIME: Many who voted for Malinoski in this Best 10 Ever list were quick to note his success in doing the seemingly impossible: Beating a pack of lightweight two-stroke race sleds with a heavier four-stroke Yamaha at a snocross national. He did it in January of 2007 in Brainerd, Minnesota.

After fighting his way into the final, Malinoski grabbed the holeshot and then railed the berm on the outside of the track to take the lead coming out of the first turn. After that, he ran flawless lap after flawless lap while the super-talented field fought it out behind him. As Malinoski himself said in this video before the race weekend, even making a final on the FX Nytro-based sled would have been considered a major accomplishment. To win the race was borderline outlandish and a true showcase of his capabilities.

CATCHING UP: Malinoski can still be seen at the occasional snocross race, sometimes inside the heavy equipment helping to create the race course. Otherwise, he owns and operates CTB Custom Millwork, a custom cabinetry business in Wyoming, Minnesota. Robbie was kind enough to sit down with an interview with Snow Goer Live in the last week – view it below and re-live some memories and get caught up with the driver of the No. 4 sleds. 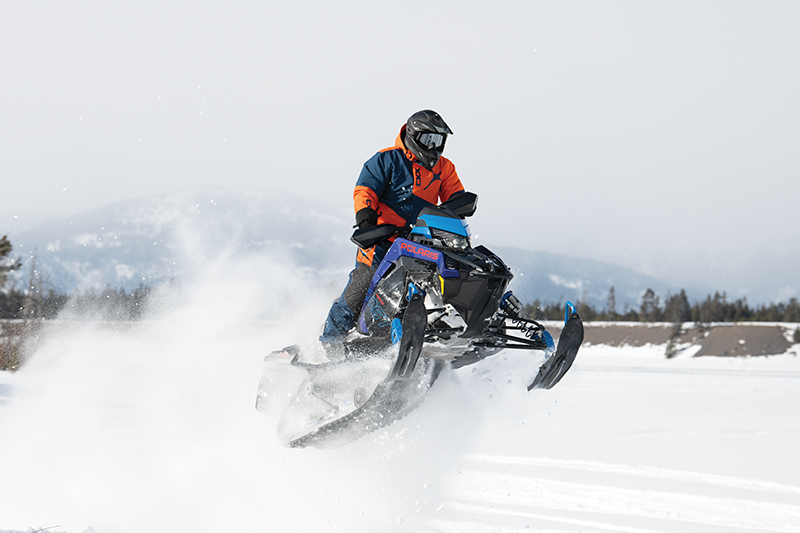