EDITOR’S NOTE: In the February issue of Snow Goer magazine, we looked back on the interesting snowmobiles that were being built around the turn of the millenium, by brands that were all attempting to be the “fifth manufacturer” to join Arctic Cat, Polaris, Ski-Doo and Yamaha in the snowmobile market. Here is the Part 3 of that story. Get the lead of the story and details on the FAST Blade here; read Part 2 about the Scorpion TKX here. And watch for followup reports on the Manta, Trail Roamer and more.

The Plan: Promising to use offroad truck suspension technology, its own powerplants and truly radical styling, San Diego, California-based T-Mag Industries came out of nowhere and entered the market with a ton of bravado with Redline Snowmobiles.

Unlike other brands that first issued press releases and showed drawings, Redline appeared at its first public event with two fully assembled snowmobiles; one featuring a 200 hp, 1300cc, two-stroke triple and the other with a dual-overhead cam, 110 hp, 950cc, four-stroke V-twin. Both had exhaust systems that ran under the seat and exited out the rear (remember, this is four years before the Yamaha RX-1).

The dual A-arm front suspension featured super-tall shocks, while the rear suspension was damped by a single, outboard-mounted shock found under the hood, where a chaincase would be on a normal sled. It was all found in a tubular chassis. Redline officials showed both trail and mountain machines, but also openly discussed plans to prove their concepts in snocross racing. The company booked space at the major snowmobile shows, signed up dealers and racers, sold t-shirts, was featured in video games and even had Redline toy snowmobiles created. 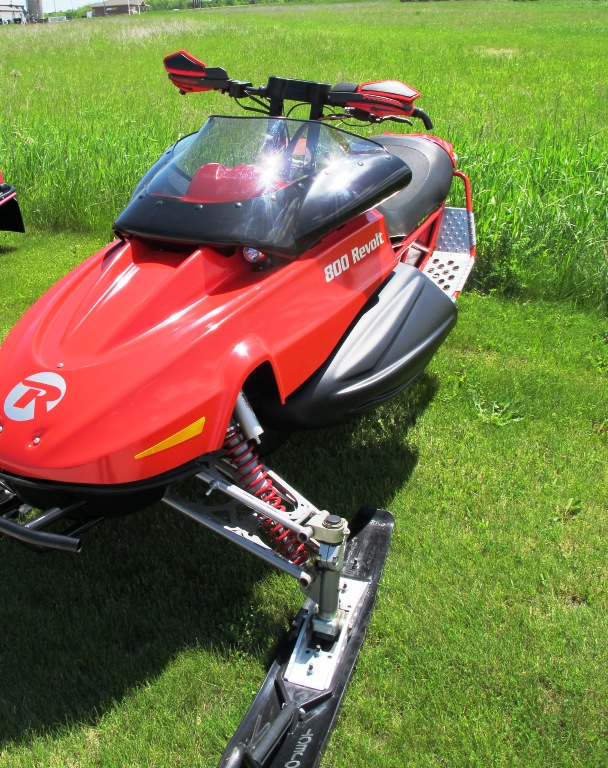 What Happened: For awhile, Redline appeared to be an amazing marketing and money-raising machine. The sleds were featured in magazines both in and out of the snowmobile industry and won design awards, millions of dollars were raised and the sleds appeared to be everywhere – except on the snow. After some starts and stops, Redline ceased snowmobile operations on May 10, 2004, though the brand name later appeared in off-road buggies.

“Our last week [in 2004], we sat there and watched it happen, and we all just cried,” Kent Harle, Redline’s president at the time, said recently. “We built 51 that had serial numbers, and about 14 of them had [exhaust systems].

“I think certainly we made some mistakes along the way, but more than anything we  underestimated what it would take to raise a lot of money, both in terms of time and money,” Harle says now. “And, every time I was out raising money was time I wasn’t developing snowmobiles… I think we were probably about $6-$10 million away. But then you’d need to spend money to raise that money, so we probably would have had to raise another $9-$15 million.

“If I were to it differently, I would have developed the snowmobile with a known engine,” Harle said. “When you’re developing an engine at the same time as the platform, it’s hard to tell sometimes what’s happening with the different parts.”

Looking Back Now: The Redline parked outside of TA Motorsports for our photo shoot still looked futuristic. In that way it has stood the test of time.

“I think a Redline of 2014 would look much the same today as what we had in that original design,” Harle says. “It still looks good; the Redline has elements of a timeless design.”

Collector’s View: Rothmund found the Redline Revolt he now owns in 2007. He also has a bunch of marketing materials, including Redline shirts, to go along with the original dealer application he got when considering becoming a Redline dealer.

“With the Redline, the cool part is that even though it failed, it had a lot of revolutionary or innovative ideas,” Rothmund said. From the four-stroke engine to the rear exhaust, the suspension geometry to the overall design, Rothmund points out that the Redline was truly ahead of its time.

“I have not driven this sled at all,” he said. “It came after the season was over and the machine was drained and fogged and hasn’t been run since. The main reason we haven’t ridden it is it has the factory exhaust system and I’ve been told they had about a 50 mile life on it before they blew apart.” 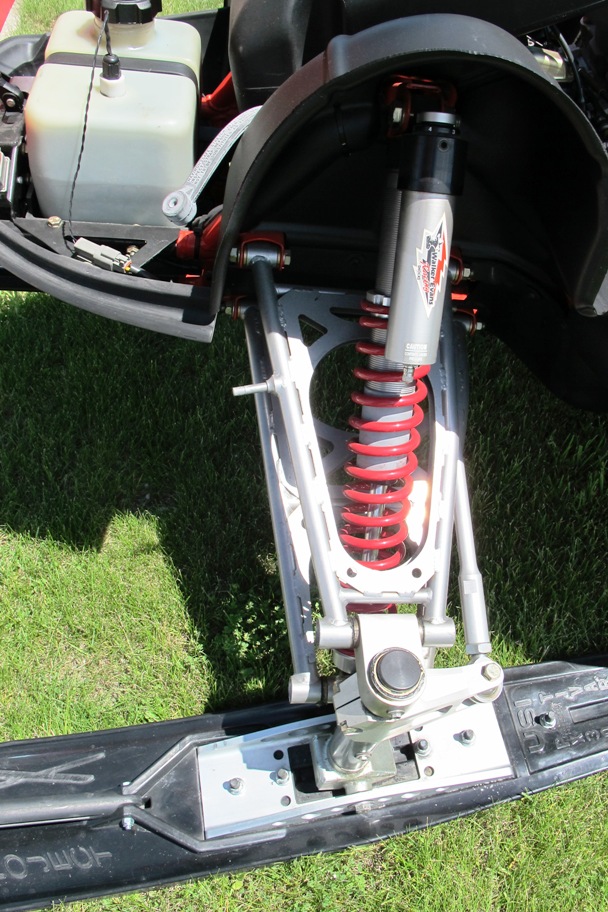 14 thoughts on “Dream Sleds 3: What Happened To The Amazing Redline Revolt”