We’re just days away from the opening of the snowmobile racing season, with the ISOC Duluth Snocross kicking off next Friday, November 26, in Duluth, Minnesota. The following weekend, the oval racing season kicks off at one of the coolest venues in the sport – the Canadian Power Toboggan Championships track in Beausejour, Manitoba. The weekend after that, things get going out east with the East Coast Snocross opener in Burke, Vermont.

Good times await for family members and true fans at the various venues. And, as a fan of any sort of motorsport myself, I can’t wait. But I realized a couple weekends ago, while at a NASCAR race in Texas, the difference between truly enjoying a motorized soap opera and merely watching fast machines making laps. It is all about the bye-in of the individual fan.

I was at the NASCAR race as a part of a REALLY cool Arctic Cat junket involved the company’s ATV division. That weekend at Texas Motor Speedway, Arctic Cat had its name emblazoned on the No. 1 Chevy driven by the popular Jamie McMurray. It was fabulous.

But while sitting in the crowd immerse in the events happening on each lap, I looked around me at several fellow motor journalists and some Arctic Cat officials and saw completely different levels of interest. A few of us were literally hanging on the edge of our seat, leaning forward toward the action, completely saturated. Many others in our group, however, including many fellow snowmobilers and a few snowmobile racing fans, were leaning back and staring off into the distance.

The difference, of course, was how big of fans of this type of racing we were, but tied to that was how much members of the two different groups were absorbing based on their background.

To me and a couple of others, we immediately saw Kurt Busch dropping toward the back and wondered what that said about the Penske Dodges on this day. We saw five different cars come in during the first 20 laps to have tape removed from the front end of the cars, and knew that overheating was the problem. We saw eventual winner Denny Hamlin drift backwards early in the race and knew the potential implications in the standings. We saw perennial good-guy Jeff Burton completely take out Jeff Gordon, and wondered how that could be. We hooted and hollered when bad boy Kyle Busch was penalized two laps for flipping off a NASCAR official.

The others in our group? They heard loud engines, saw flashes of colors and general enjoyed themselves, but they didn’t know all of the stories and subplots, they weren’t engaged in the implications and meanings.

I see the same thing at some snowmobile races. I’ve brought some friends, and a couple of times my son, to sled races and they merely saw sleds clicking off laps. It’s fun, but they weren’t intrigued enough to go back. But if they only knew that the guy who won the race in front of them was a semi-pro last year but he just beat Tucker Hibbert in a heat, they’d appreciate it more. If they knew that Polaris hadn’t won an Eagle River World Championship since 1978, they would have been more intrigued as Matt Schulz was putting together a stellar weekend at the Derby last year. Some people merely saw sleds driving across the water last summer at Grantsburg; others saw a second generation victory by the son of a legend.

Some of that background information is gained through experience, but it’s amazing how much can be gained by paying attention to the announcers and doing just a tiny bit of homework before you go to an event. When I go to a car race at a local Saturday night racetrack, I pay attention and find out who the points leader is in each class, and when an underdog wins a class, I’m pretty darned happy for him. Before I go to the World Of Outlaw sprint car races in Wisconsin every July, I go to the World Of Outlaw web site and find out who’s leading the points, who’s been doing well and who’s making a comeback – it truly enhances the experience for me.

Bottom line: I hope to see some of you at Duluth next weekend; I’m not going to make it to Beausejour, but I’ll be watching the web to see who does well. If you go, do yourself a favor and either do a little digging before you go, or pay attention to the P.A. announcer – maybe even walk through the pits, if you’re allowed to. You’ll have a much better time, and you’ll go home with much better memories. 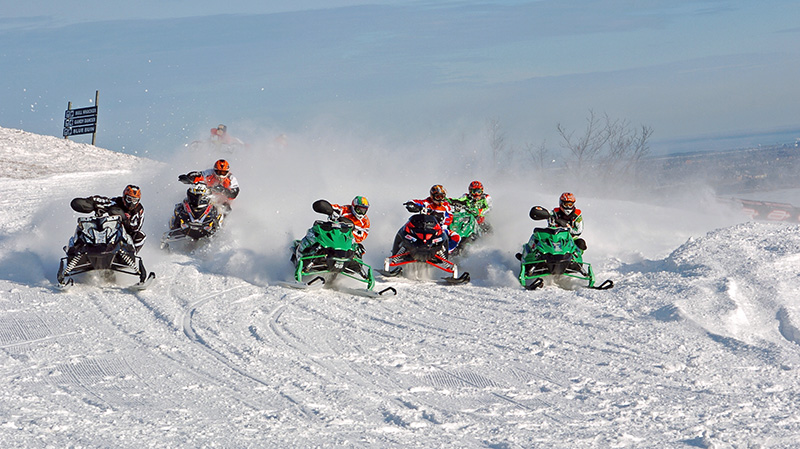