Welcome to the first day of summer – and the longest day of the year. Like many of you, we have some summer hobbies and interests that keep us busy in the months between snowfalls, but snowmobiles are never far from our mind.

For today’s Friday Fast Five list, we offer you five snowmobile-related options to celebrate the summer solstice in style, all without doing any real work turning wrenches or getting dirty on a hot and humid day.

1. Browse For Sleds On Craigslist – We just checked (because we do stupid things like this) on Craigslist pages across the country, and found these sleds that have been posted in the last 24 hours: (1) a 1998 Polaris Ultra in Mexico, New York, that’s “fast as hell” according to the owner, but that has a seat that only a duct tape enthusiast could appreciate; (2) a 1996 Ski-Doo MX Z in Bonner’s Ferry, Idaho, complete with a longtrack conversion and a modified 670 engine with a Union Bay head and Crank Shop pipe; (3) a somewhat similarly modified 1999 Arctic Cat Thundercat 1000 in Westminster, Colorado; (4) a great looking 1974 Chaparral in Cedar Springs, Michigan (pictured), complete with the 292 JLO twin; and (5) a 2005 Arctic Cat Sabercat 600 EFI in Decorah, Iowa, with new carbides – and they’ll even throw in a gallon of two-stroke oil! OK, maybe you’re not in the market for any of these sleds … but it never hurts to look.

2. Shop For Parts – It might be too warm to actually fix something that’s been broken, but you can at least shop for parts. You know, something like a cracked torque arm, a missing bogie wheel or a windshield held together with duct tape since Clinton was president. Now seems like a good time to remedy the problem, before another Clinton gets into office.

3. Think Watercross – A snowmobile watercross race is one of the coolest things you can attend in snowmobiling’s off-season, and the World Championships of this form of racing are now just one month away in Grantsburg, Wisconsin. So, grab a glass of cool lemonade (or Hard Lemonade), and cruise on over to the IWA and Eastern Watercross Association websites to see who the top racers are. You can show up at Gransburg and go all Cliff Claven on the gig, spewing out stats and winning side bets.

4. Crash the Duncanson/Hannen Wedding – Call it the fastest wedding on the planet, as two families that could almost be considered snowmobile drag racing royalty are getting tied together tonight. Kiersten Duncanson – a snowmobile asphalt racer and daughter of the famed That Girl Racing drag racer Tiina Duncanson and tuner Peter Duncanson – is getting married to Jeremy Hannen, a sometimes racer who is very well known in drag circles for his sled tuning and dyno abilities.

5. Pick A Fight – The bad thing about the Internet? Now everybody with a keyboard can be a tough-guy-know-it-all if he or she wants. The good thing about the Internet? Now YOU can be a tough-guy-know-it-all, too!! In the case of sleds, it could sometimes be hard to find a place to argue brands and bar stool race 10 years years ago – I mean, what are the odds that you’ll find somebody as sled crazy as you to argue with at Billy Bob’s Pub & Grub on a June Friday, right? Now, you can go to the Snow Goer Trasher board or dozens of other snowmobile message boards and wrangle up trouble whenever you want – even on the first day of summer. 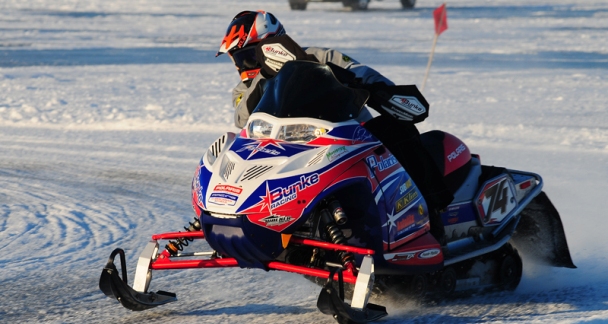