If you are a snowmobiler, there are meetings held every June that most riders know nothing about, but are vitally important to the present and future of snowmobiling. For the 48th time, representatives from all states and provinces that host snowmobiling will gather in one place June 9-11 for the International Snowmobile Congress, held this year in Rapid City, South Dakota. It is expected to attract more than 500 delegates and their family members for three days of meetings, meetings and more meetings, with a little bit of fun sprinkled around the corners.

If the word “meetings” makes you feel like dozing off, don’t worry, you’re not alone! Yet the gathering of all of these leaders is vitally important to protecting snowmobiling from outside threats while at the same time making it a safer, better and more fun recreational activity for all who participate.

Over the course of the three days and evenings of meetings every year, the sport of snowmobiling and its specific grass roots successes and challenges are put under a microscope. Issues related to land access battles on private and public property, funding of the snowmobile trail network, snowmobile safety efforts, ways to get more young people involved in the sport, proper sound testing, grooming and trail maintenance processes, efforts to increase snowmobile memberships and much more are discussed and dissected.

Every year there are special topics that rise above the rest in terms of importance. This year, the implementation of travel management plans on federal lands is likely to be extensively discussed in meetings and in informal hallway discussions, as representatives of the snowmobile world try to make sure areas where snowmobiles have traditionally been able to boondock and ride in open meadows and mountainsides aren’t unnecessarily restricted.

The International Snowmobile Congress is a gathering of groups from throughout primarily North America but also in some years representatives from Russia or Scandinavian countries who host snowmobiling. Those groups are more often referred to by their initials, creating a veritable alphabetic soup for newcomers. Here are some of the big ones:

There are also a bunch of other groups that are related to the International Snowmobile Congress, including the Iron Dog Brigade, an honorary society of snowmobiling legends, many who have been inducted into the sport’s Hall of Fame; the Friends of Snowmobiling Political Action Committee (FOSPAC0; and the Thirsty Dogs, which started as a social club but in more recent years has raised money to support and defend snowmobiling against outside threats.

Why Should You Care?

If you aren’t a leader in your state or provincial snowmobiling association or organization or don’t work in the sport, chances are good that you’ll never be able to attend an International Snowmobile Congress. But it is important to know that your interests in snowmobiles are being represented every year in a series of meetings aimed at improving, growing and defending your sport. And, if you have a topic that is important to you or want your voice heard, network through your club or state/provincial snowmobile group to make your opinion count. 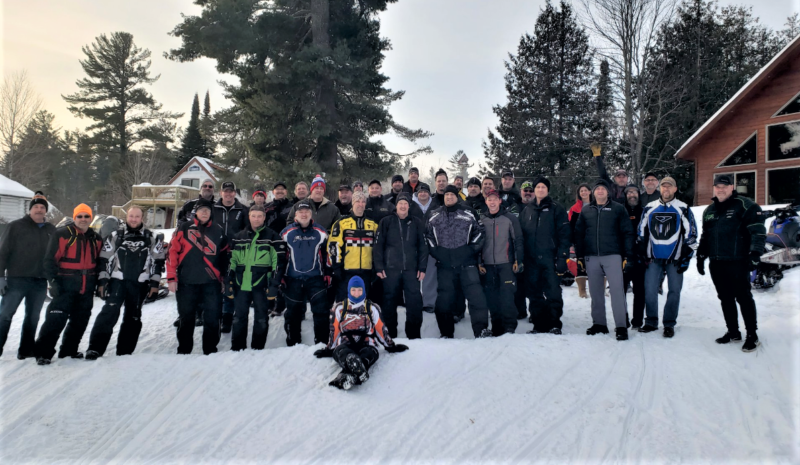