Blame it on Mother Nature in some areas and on economic woes in others, but sales of new snowmobiles dipped during the 2017 selling season, according to information released  June 9 at the International Snowmobile Congress in Winnipeg, Manitoba.

But as always, there are stories behind the numbers. The market grew in Sweden and Finland and was relatively flat in Canada while dropping in the United States, Norway and Russia. Overall, new snowmobile sales for the 2017 season were 118,657 worldwide compared to 126,972 in 2016.

The U.S. remains the largest market for snowmobiles, and so a decline there affects the international numbers more than anywhere else. And, with most of the country experiencing a record-warm winter January through March, it wasn’t surprising to see the sales slide, despite interesting new snowmobiles released by some manufacturers for the season.

Sales of new snowmobiles dipped by 9.6 percent in the U.S., with the largest fall-off occurring in the Northeast and areas of the Upper Midwest where snowfalls were few and far between in the winter of 2016-17. New sled sales slipped from 56,006 in the 2016 selling season to 50,659 in the 2017 selling season, according to ISMA figures.

“The Upper Midwest was off just a little — most of the fall off really was the East Coast, other than Maine,” said Klim in an interview with Snow Goer on Tuesday. “Maine sometimes operates like an island, and they had a lot of snow. But the other states [in the Northeast] didn’t do as well.”

The Canadian market, meanwhile, stabilized in the more recent season after taking a big dip the previous year. In Canada, sales were essentially flat – dipping 0.6 percent, from 44,431 in 2016 to 44,161 in 2017 – after dropping 12.5 percent the previous year when low gas and oil commodity prices seriously hurt sales in western Canada.

“Alberta did better than we expected and we had a little bit of an increase in New Brunswick and Quebec,” Klim said of the 2017 numbers. “It was just a little bit here, a little bit there to keep the numbers up, and Alberta is coming back way faster than people expected.”

Scandinavia was a mixed bag. Sales of new snowmobiles grew in Sweden (from 9,629 to 9,778) and Finland (from 2,759 to 3,032) but dropped in Norway (from 5,441 to 4,692). There were representatives from Norway at the International Snowmobile Congress this year, however, who are very interested in helping to grow the sport in that now snowmobiling-friendly country, Klim noted.

Most notable was the continued collapse of the new snowmobile market in Russia. As recently as the 2014 selling season, more than 31,000 new snowmobiles were sold annually in the country. For 2017, the numbers were astonishingly low – just 3,829 models. All four major snowmobile manufacturers in recent years have been developing more utility-crossover models to appeal specifically to the Russian markets, but those efforts were overwhelmed by tough conditions throughout the Russian economy.

“Russia is all economy related — there are more sanctions being placed on Russia almost monthly. Their behavior in Syria and Ukraine” has drawn international economic sanctions, Klim noted. “Even the United States here recently announced we’re going to put more sanctions against Russia. Their military expansive ways are costing their economy.”

The ISMA figures cover all snowmobiles sold by the Arctic Cat, Polaris, Ski-Doo, Yamaha and Lynx brands and do not include the smaller-scale snowmobile brands available in Russia or from China. 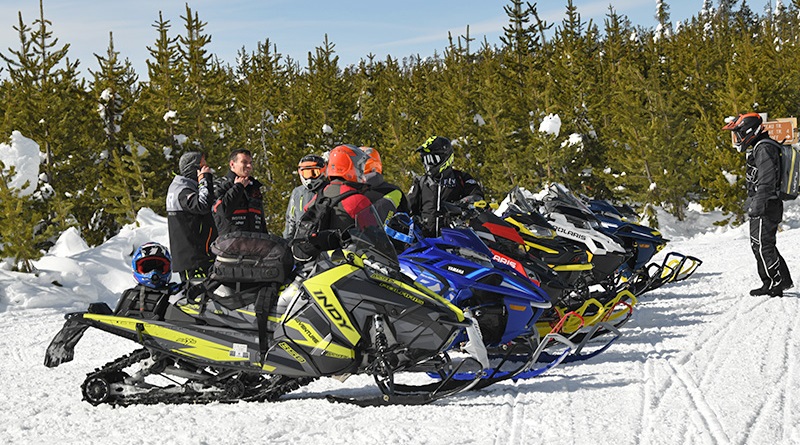