Three of snowmobiling’s important grassroot icons – the people behind the trails and the clubs that make the sport possible – died recently and gained their permits to ride the trails on another dimension, leaving those of us back here on earth with fond remembrances and a debt of gratitude for the work and passion they put into our sport.

Sadly, snowmobiling has lost a lot of members of what some may argue is the sport’s “greatest generation” in recent years – the tireless work of these people forever paved the path for the rest of us to enjoy the snowmobiling the way we do.

One great way to honor these fallen leaders is to be inspired by their accomplishments and then see how you can get involved in making the sport better. Here are just some of the details on the contributions from Roger Pelletier, Bob Linn and Dick Melick, who all passed away in May.

A volunteer and promoter of snowmobiling in his home state of Maine and beyond, Roger Pelletier of Lewiston, Maine, died on May 10.

“Roger loved the sport of snowmobiling and working with the volunteers,” his obituary continued. “He served as Chairman of the Northeast Chapter of the International Snowmobile Council (ISC), then as ISC Co Chairman and subsequently Chairman. He rode snowmobiles with other distinguished leaders of the sport of snowmobilers from St. Paul, Minnesota to Valcourt, Quebec to promote the sport doing media interviews along the way.

“Roger was once ‘Snowmobiler of the Year’ and was inducted in the Maine Snowmobile Association Hall of Fame,” the obit noted. “He would organize snowmobile trips, awards events, snowmobile shows, and scholarship programs. He worked hard for the sport, but wanted everyone to have fun at the same time.”

On May 15, Minnesota grassroots leader Robert “Bob” Linn of Faribault, Minnesota, died in a one-vehicle automobile accident. He was 80.

As it says in the bio for he and his wife, Marie, being inducted into the International Snowmobile Hall of Fame in 2013, “Ever since 1976 this couple has been front and center for snowmobiling in Minnesota. They both epitomized the term ‘volunteer’ with their tireless devotion and commitment to promoting safe and enjoyable snowmobiling on many levels.”

Of all those organizations, he was still a board member of ISHOF, the Iron Dog Bridgade and his local clubs, and he had been a safety instructor for more than 40 years.

Another Hall of Famer died on Thursday, May 20, in Cedar Falls, Iowa. Richard “Dick” Melick was a lifelong snowmobile enthusiast who was a regular at snowmobile gatherings of grassroots volunteers, along with his wife, Anne. The profile for he and his equally dedicated wife, Anne, into ISHOF notes that they began snowmobiling in 1969 on a used Starcraft. Very soon after they became dedicated volunteers in the sport.

“Organized snowmobiling was a big part of his life,” Melick’s obituary read. “He was an active member of the Sno Hawks snowmobile club, holding all offices during the last 50 years. He was active in the Iowa State Snowmobile Association (ISSA), serving as Region Director and President, and he also served on the International Snowmobile Council.

“His efforts were recognized by being inducted into the International Snowmobile Hall of Fame [in 2001] and receiving the Iowa Governor’s Award for Volunteers for service to the Iowa DNR as a Snowmobile Safety Instructor certifying over 1,000 young snowmobilers,” the obituary continued. Many of his other accomplishments can be found on the ISHOF site. 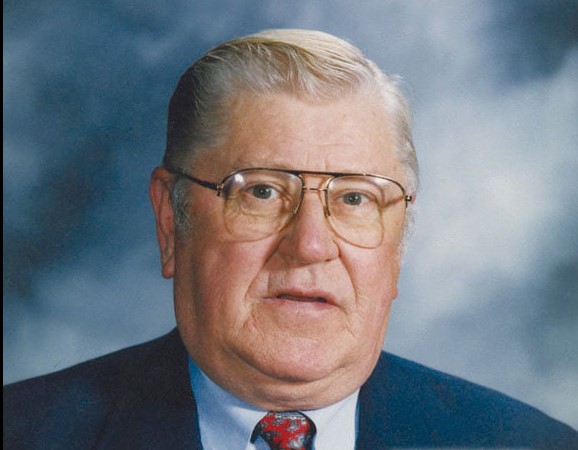