Former snowmobile oval racer Steve Arpin — the personable pride of Fort Frances, Ontario, who used to run the No. 00 Polaris sleds on ice tracks — is back in the NASCAR ranks, for at least two weekends.

Turner Motorsports announced this week that Arpin will return to guide the team’s No. 30 Chevy in the NASCAR Nationwide Series Friday, April 12 (that’s tomorrow night, as this is written) at Texas Motor Speedway and again at Talledega Superspeedway on May 5.

Arpin won countless trophies in the support classes in snowmobile oval racing as a teenager — including three Pro Stock classes at the 2001 and 2002 Eagle River World Championships — and even made a few runs in the Champ 440 class for an injured member of the Wahl Bros. team back in the day. He also grew up racing go carts and later his summers were spent mostly at dirt tracks throughout the Upper Midwest. He worked his way up through the modified classes, which led to exposure on blacktop, including some high-profile victories in the ARCA circuit. He eventually caught the eyes of folks in the NASCAR ranks, including Carl Edwards, who allowed Arpin to crash at his house for awhile, and Dale Earnhardt Jr., who put Arpin in his car for select Nationwide races two seasons ago for his JR Motorsports effort.

On Twitter this year, Arpin has repeatedly hinted for months that he hoped to have a major announcement about his racing for this season coming soon, but that has yet to materialize. In the meantime, he is carrying an ongoing relationship with Mike’s Hard Lemonade as a sponsor, and having a sponsor behind you in big time auto racing can often help get you a ride. The Arpin/Mike’s combo was found in a handful of NASCAR Camping World Trucks races last year for Turner Motorsports, and now Arpin is returning there for a couple of races.

Arpin proved in various steps through his career that he can definitely compete, but like a lot of wanna-be drivers in NASCAR, he’s had trouble getting enough attention to take the next giant step. He’s certainly helped by the Mike’s affiliation, but also by his outgoing personality — a charactoristic that many in snowmobile oval racing circles remember well, and it has also gotten him exposure in national car racing magazines and helped him earn the Most Popular Driver status twice on the ARCA RE/MAX circuit.

The press release from Turner is below:

Mooresville, N.C. (April 10, 2012) – Turner Motorsports is pleased to announce that both driver Steve Arpin and sponsor Mike’s Hard Lemonade will return to the team this season. Showcasing a brand new beverage from the makers of Mike’s Hard Lemonade, Arpin will take to the track for two NASCAR Nationwide (NNS) events in the No. 30 mike’s On The Rocks Chevrolet Impala. He will return to Texas Motor Speedway, the site of his 2010 ARCA win and his 2011 NASCAR Camping World Truck Series (NCWTS) debut, on Friday, April 13. He will also race the No. 30 mike’s On The Rocks car at Talladega Superspeedway, where he made his NNS debut in 2010, on Saturday, May 5. Steve Arpin piloted this No. 32 Chevy for Turner Motorsports at select races last year in the NASCAR Camping World series, but he’ll be in the No. 30 on the Nationwide series twice this year.

Arpin and Mike’s Hard Lemonade continue the relationship they started in 2010, when the two teamed up for two wins, four top-five and six top-ten finishes in 13 ARCA Racing Series starts. Last season, Mike’s and Arpin joined Turner Motorsports for five NCWTS events, scoring the pole at Chicagoland Speedway and earning a top finish of 12th.

“I can’t think of a better place to start this out than Texas,” commented Arpin. “I love that place! I’m more than thrilled to have mike’s on board, especially to be part of the launch for such a great new brand, mike’s ON THE ROCKS™! I’ve spent a lot of days on the lake back in Canada, drinking Long Island Iced Teas, and I thought I’d had the best ones, until I tried mike’s ON THE ROCKS! We’ve developed our own little family here, between myself, mike’s, and Turner Motorsports, and I’m really looking forward to see what we can do in these next two races.”

“We’re happy to continue our relationship with Steve,” said Andy Horrow, Chief Marketing Officer for Mike’s Hard Lemonade. “He’s a mike’s kind of guy, and we’re excited to have him and Turner Motorsports help us launch our new product, mike’s ON THE ROCKS.™”

Arpin first takes to the track on Thursday, April 12, for practice and will race in the O’Reilly Auto Parts 300 on Friday night. 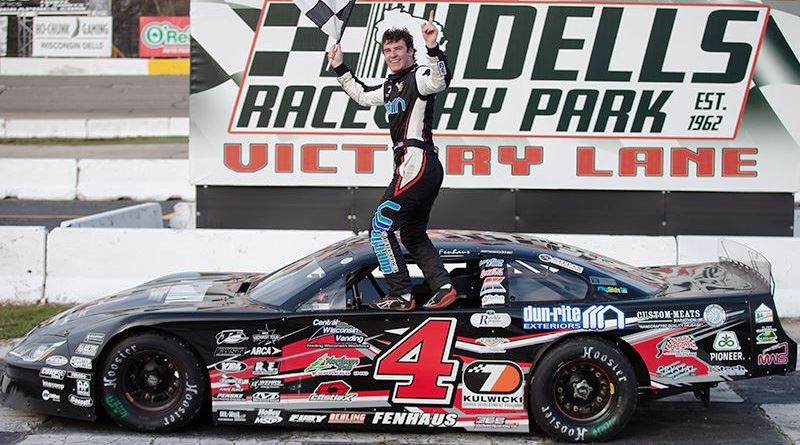