A grant fund set up by the snowmobile manufacturers has doled out more cash to state and provincial snowmobile organizations across North America.

The International Snowmobile Manufacturers Association (ISMA) Grant Program gave grants this year to 15 state and provincial snowmobile organizations in the U.S. and Canada, totaling about $44,000, according to a press release unveiled November 1 by ISMA.

The grants are typically matching funds, adding money to projects the states or provinces are also funding related to trails and riding areas, safety programs, legislative/political support and/or programs that introduce new people to snowmobiling.

This year’s giving, on top of previous efforts, brings the grand total of ISMA grants to $1.54 million since the program was initiated 21 years ago. The full press release from ISMA is below.

HASLETT, MI, November 1, 2022: The members of the International Snowmobile Manufacturers Association (Arctic Cat, BRP, Polaris, and Yamaha) are pleased to announce that this year the ISMA Grant Program will award over $44,000 in grants being distributed to 15 Organizations in the United States and Canada.  The organizations are active members of the Canadian Council of Snowmobile Organizations (CCSO) or the American Council of Snowmobile Associations (ACSA).  The ISMA Grants are awarded to the state and provincial associations based on their support of key issues of importance in the grant process.

The ISMA Grant process includes but is not limited to:

The ISMA Grant Program began in the year 2001 and to date ISMA has awarded over $831,000.00 in grants to state snowmobile associations and over $720,000.00 in grants to provincial associations!  Well over $1.54 million dollars has been distributed to snowmobile associations in North America supporting key activities that support organized snowmobiling.  The manufacturers of ISMA are pleased to note that matching funds raised by the associations in performing these activities has generated over $2 million dollars in economic investments in the organized snowmobile community.  These investments help to improve our riding areas, our trails, and safety training.  Our joint interaction on the grant program supports the snowmobiling community in so many important ways.

The ISMA Grant program has been successful in accomplishing many small to mid-range construction projects, improving riding areas, trailheads, and more… as well as dramatic expansion in the Safe Riders! You make snowmobiling safe Campaign.  Thanks to all who have participated in the Grant Program and who joined the manufacturers in supporting the continuation and expansion of the program. 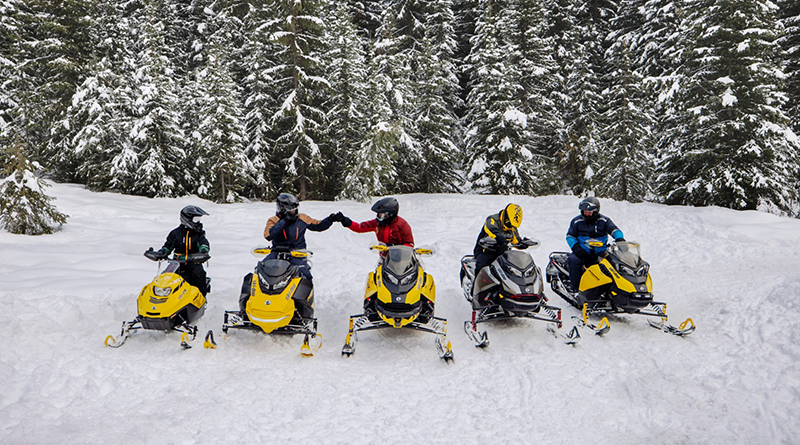