EDITOR’S NOTE: In the February issue of Snow Goer magazine, we looked back on the interesting snowmobiles that were being built around the turn of the millenium, by brands that were all attempting to be the “fifth manufacturer” to join Arctic Cat, Polaris, Ski-Doo and Yamaha in the snowmobile market. Here is the lead of that story, together with information on the Scorpion TKX. To see the more of more background on the era overall, and a section on the FAST Blade, click here. Following articles will focus on the Redline, Manta, Trail Roamer and other interesting snowmobiles of that era.

The Plan: In about 1994, Warren Goddard started sharing plans for a new snowmobile brands with friends. By 1996, he’d gathered John Mitchell and Billy Oliver as partners, and by 1998, the company they formed called Scorpion Recreational Products had an early prototype which they brought to the Snow Goer offices.

The machine had a dual A-arm front suspension, but with Comet shocks mounted near the bulkhead on pivoting plates under the hood. The rear suspension had three arms and a unique track tension system that tied into a drivetrain that eliminated the chaincase – it featured direct drive out of the secondary clutch.

SRP’s original plan called for new Scorpion models featuring 800-, 700-, 600- and 500-class liquid cooled engines as well as a 440 fanner, with pledged plans of 2,500 total units to be built for the 1998-99 winter. That plan was soon scraped when SRP officials announced that the first model, the 2001 Scorpion TKX, would be a lake-racer’s dream, featuring an 890cc, 170 hp twin from then-powerful aftermarketeer PSI Performance.

“It really rocks on trails,” then company president John Mitchell told Snow Goer in 2000. “It ate up bumps like crazy when we were doing some snow testing in Utah. It’s so predictable when hitting bumps and it loves being at top speed.” The weight of the sled grew from the original projection of 450 pounds to 550 pounds by the time it was prepped for production, and the MSRP grew to $15,999.

What Happened: Like most of the Dream Sled makers, money problems helped drag the company down. Despite multiple efforts, none of the original three SRP’s officials could be found for this story, former PSI owner Bruce Kahlhamer was located in Utah.

“We were originally going to build about 100 engines for them, but we ended up building about 35,” Kahlhamer said. “We could see at that point that we were going to have trouble getting paid.” Kahlhamer said he liked the concepts on the snowmobile, but the execution fell far short.

“The chassis they built was heavy, the steering system they created wasn’t working properly and their torsional suspension system has some issues,” Kahlhamer said. With an incomplete snowmobile, a dated-looking design and money bleeding out of the corners, the end was obviously near. In May of 2001, the company shut its doors for good.

Looking Back Now: Sitting next to the futuristic Redline and the angular Blade snowmobiles outside of TA Motorsports, the Scorpion frankly looks old, heavy and somewhat cobbled together. As best anybody can tell, only about 16 Scorpion snowmobiles ever made it out of the factory before the company was shuttered.

The Collector’s View: TA Motorsports owner and Dream Sled collector Rich Rothmund stumbled across the 2001 Scorpion TKX (serial number SRP010012) on eBay and traded for it – swapping a 2005 Arctic Cat F7 for a non-running but rare sled.

“It’s very, very rare, and I tend to gravitate toward unique things,” Rothmund said. “We ran it maybe a total of 5 miles, we were being real cautious with it. It’s extremely fast, it has a ton of motor and a ton of torque, but also extremely rigid. The front end was like a brick, but the rear end seemed OK. The fit quality was very poor, and it steered extremely heavy.

“With the exception of horsepower, it’s the least appealing of the three,” he said. “It’s not a real great look, the quality is mediocre and the ride wasn’t even up to the standard of the day, much less being ahead of its time.” 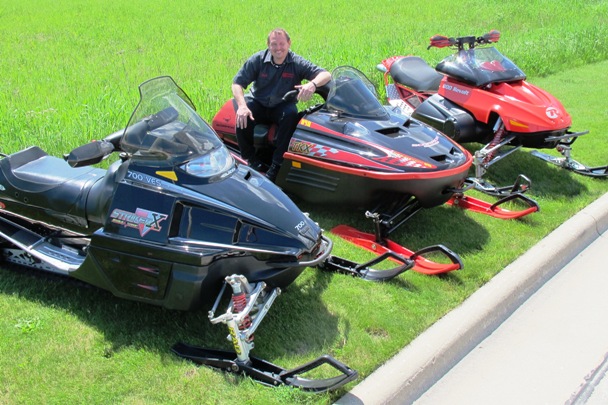 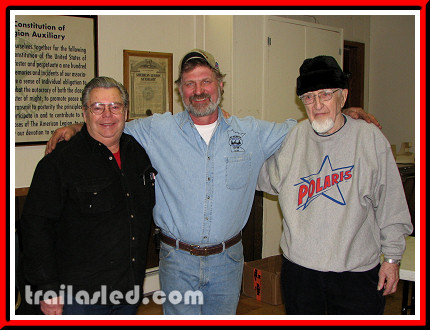 3 thoughts on “Dream Sled Part 2: What Happened To The SRP Scorpion TKX”