This year, three of the four snowmobile manufacturers will be joining together in the Snowmobile Sneak Peek Tour. Polaris, Ski-Doo and Yamaha will jointly show off their 2015 snowmobile lines, while Arctic Cat is taking a different path, relying on dealer events to display their models. Below is the press release from the Snowmobile Sneak Peek, which is a can’t miss event when it comes through your neck of the woods.

This winter will go down as one of the best in recent memory, with snow coming early and often. The excitement and enthusiasm for snowmobiling is the best it has been in the past 10-years, and that momentum looks to carry over into next winter as the manufacturers introduce their 2015 models with the Manufacturers Sneak Peek tour beginning March 7. Touting all-new models, new technology, new colors, and the latest spring early order programs to go with them, the Sneak Peek tour is your best and often only chance to see the new 2015 models in person before next winter.

Enthusiasts who attend will enjoy an up-close and personal look at the latest 2015 models from Polaris, Ski-Doo, and Yamaha. All three brands will be under one roof, showcasing nearly 50 new snowmobiles along with samplings of other products including ATVs, motorcycles, side-by-sides, and personal watercraft. With so much to see, it’s the perfect opportunity for a night out with your family and riding friends.

Most shows are free to attend, and along with the new 2015 snowmobiles, you can talk directly with factory representatives to get the inside scoop on the new models along with details on exclusive spring programs. The complete tour schedule, hours of operation, and venue details and directions can be found at www.snowsneakpeek.com.

March 14-16 Lake Geneva, Wisconsin (Ski-Doo will not be represented at this event) 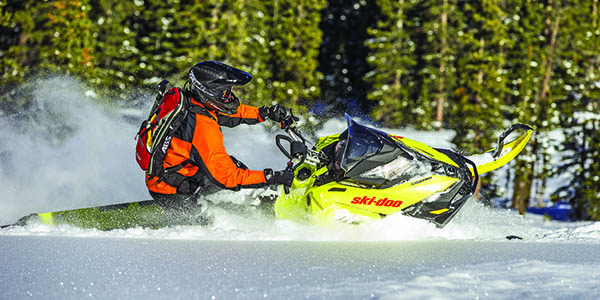